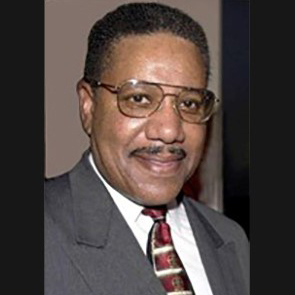 John Phillips is a retired Major General USAF and the former Deputy Under Secretary of Defense (Logistics) in the Clinton Administration. He was Vice President of Honeywell International and Vice President of The Home Depot Government Solutions Group, which he formed. The organization propelled Home Depot into the federal business, growing to over $100M in the first 12 months of operations. He is now president of Phillips Aviation and Logistics Group. His activities have a global reach to include China, Iraq, Afghanistan, Kenya, Dubai and Somalia.

John brings more than 30 years of comprehensive acquisition, aviation, IT, logistics and leadership experience to the organization. He served as Vice President of Government Services for Honeywell, where he has held several positions of increasing importance since 1997. Prior to joining Honeywell, John served as the Deputy Under Secretary of Defense (Logistics), overseeing an organization of 850,000 military and civilian personnel with a budget of $114B where he established an outsourcing and privatization program for the federal government. He led the 1994 Quadrennial Defense Review. The recipient of over 250 awards and decorations, John was honored with Vice President Al Gore’s Hammer Award in 1999.

John served for more than 27 years in the United States Air Force, retiring with the rank of Major General. His last assignment was Commander, McClellen AFB, California. The military depot was responsible for aircraft, satellites and microelectronic technology. John earned the highest Department of Defense certifications (level III) in Program Management, Acquisitions Logistics, and Computer Systems Development (DOD Black Belt equivalent). He is a fighter pilot with over 3,000 flying hours, 300 hours in combat. He earned wings as a navigator and pilot and was awarded German pilot wings. He has flown the F-15, F-111, T-38, KC-135 and T-37 aircraft.

John holds a B.S. degree in biology and chemistry from Jarvis Christian College, Hawkins, Texas, and a Masters of Science degree in Logistics Management from the Air Force Institute of Technology. He was awarded the Degree (Honorary) Doctor of Laws, from Jarvis Christian College. In addition, he is a graduate of the John F. Kennedy School of Government, Harvard University; the National War College; Defense Systems Management College; Industrial College of the Armed Forces; and the University of Southern California, School for Safety Engineering. He is an internationally known speaker and consultant on National Defense.

Active in civic and professional affairs, John is a member of the following boards:  International Society of Logistics Engineers ; Association for Enterprise Integration; US China Policy Foundation; Maintenance Repair & Overhaul Conference; Defense Acquisition University; Shades of Blue (Aviation Mentoring), Americorps National Civilian Community Corps, Board of the Air Force Association; and is a former chairman of the Board of Advisors of the Tuskegee Airman, Inc and formerly served on the Board of Boys and Girls Club of America and The Army Science Board. His other accomplishments include authoring the book, “Navigating the Pentagon” and co- authoring the book, “Military Project Management,” as well as numerous articles and lectures on leadership and management. He was the 2010 recipient of the DOD Acker award. He was a 2012 recipient of the President Obama’s Call To Service award. He is a 2021 inductee into the National Black College Alumni Hall of Fame. He is currently on the Board of RYAN Consulting. He and his wife Blanche have three daughters, one son and six grandchildren.